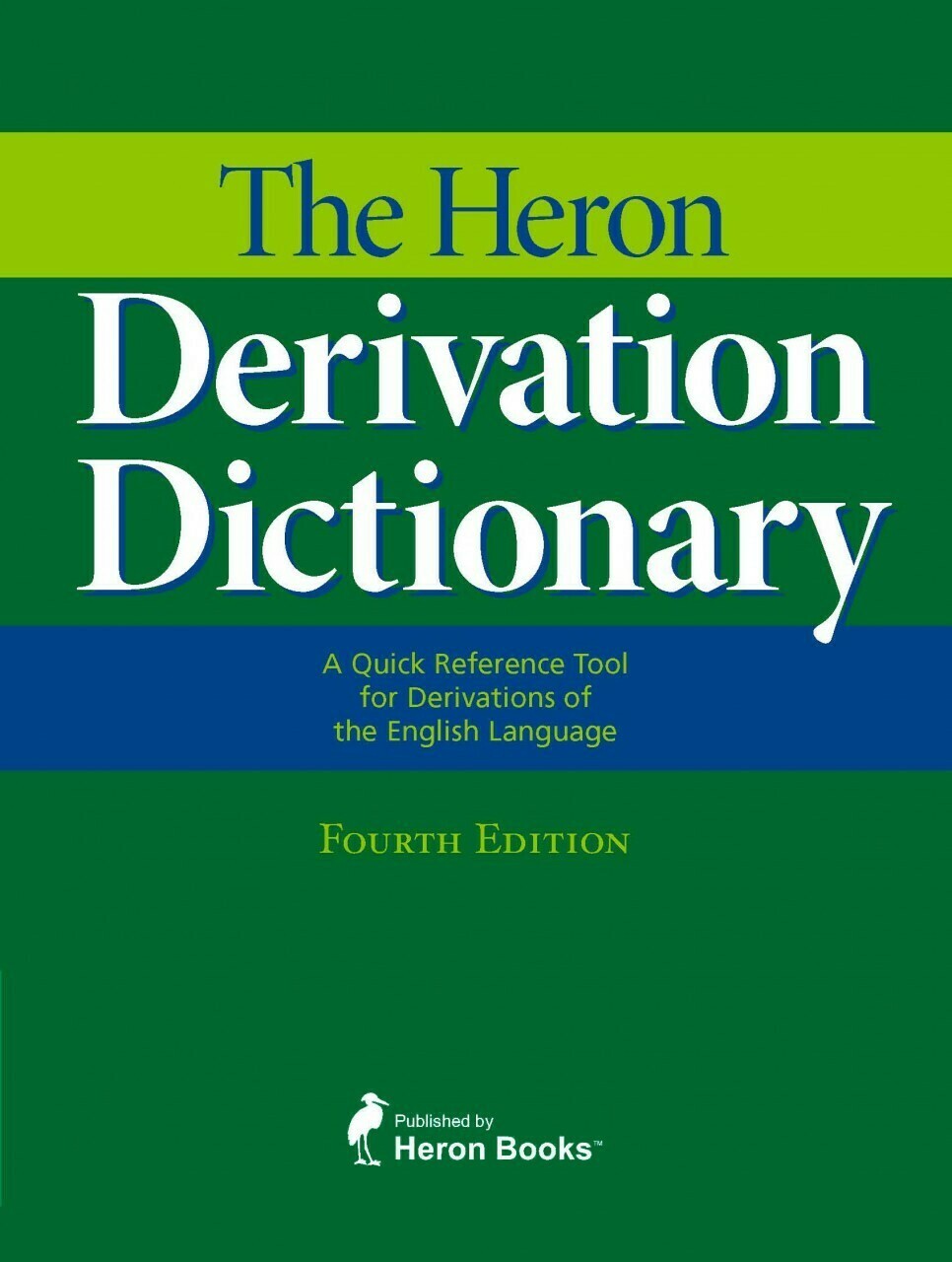 Since the derivations in many dictionaries are difficult for younger readers to follow, The Heron Derivation Dictionary was written as a tool for students ages 12-14, and provides derivations for approximately 11,450 commonly used words. The dictionary has been found to be very useful not only with that age group, but with older students who are interested in derivations. Also included in the dictionary is a brief history of the English language, information on common symbols and terms found in dictionary derivations, and a glossary of terms.

Included with The Heron Derivation Dictionary, the course, Learning About Derivations, explains to the younger student what word derivations are, how to read them and why they are useful. Additionally, the student learns about the history of the English language, from the massive migration of the Indo-European peoples thousands of years ago, through the influence of Greek and Latin, to the invention of the printing press and the resulting excitement of the Renaissance, and how the language continues to evolve today. By the end of the course the student has created a time line that shows the important events and languages that influenced Modern English, and has become familiar with the terms and symbols contained in word derivations.

Save this product for later